On Saturday, November 15, I visited the Pigeon Point Lighthouse 50 miles south of San Francisco and 30 miles north of Santa Cruz. It was the 142nd anniversary of the lighthouse, one of the tallest in the United States.

Sea lions, whales and birds frequent this area. But the rocks are treacherous. In 1853 the clipper ship Carrier Pigeon ran aground here in a heavy fog. No lives were lost, but the ship was destroyed. When word of the wreck reached San Francisco, reports called the site, “Carrier Pigeon Point”. Later this was shortened to Pigeon Point.

From 1852 to 1910 the United States Lighthouse Board built and maintained all lighthouses in the US. It built the Pigeon Point Lighthouse in 1872 and installed a First Order Fresnel Lens in the tower. When lit, the beam reached as far as 24 miles out to sea. Both the beam and an accompanying fog signal were unique to the lighthouse so that ships could identify their location as Pigeon Point. In 1972 a fully automated rotating aero-beacon replaced the Fresnel Lens.

The lighthouse has been closed to the public since 2001, when a rusting section of cornice fell from the tower. In 2011 the Fresnel Lens was carefully disassembled, removed from the tower, and reassembled in the nearby Fog Signal house for safekeeping. State Park officials are now trying to raise $9 million to restore and repair the lighthouse. Once restored, the Fresnel Lens will return to its rightful place in the tower.

Every November the State Park Service hosts an anniversary celebration at Pigeon Point. The event includes an open house, docent-led tours, educational displays, and live music.  The Fresnel Lens, on display, is a highlight–16 feet high, weighing 4 tons, its 1008 prisms and lenses casting rainbows through the room. 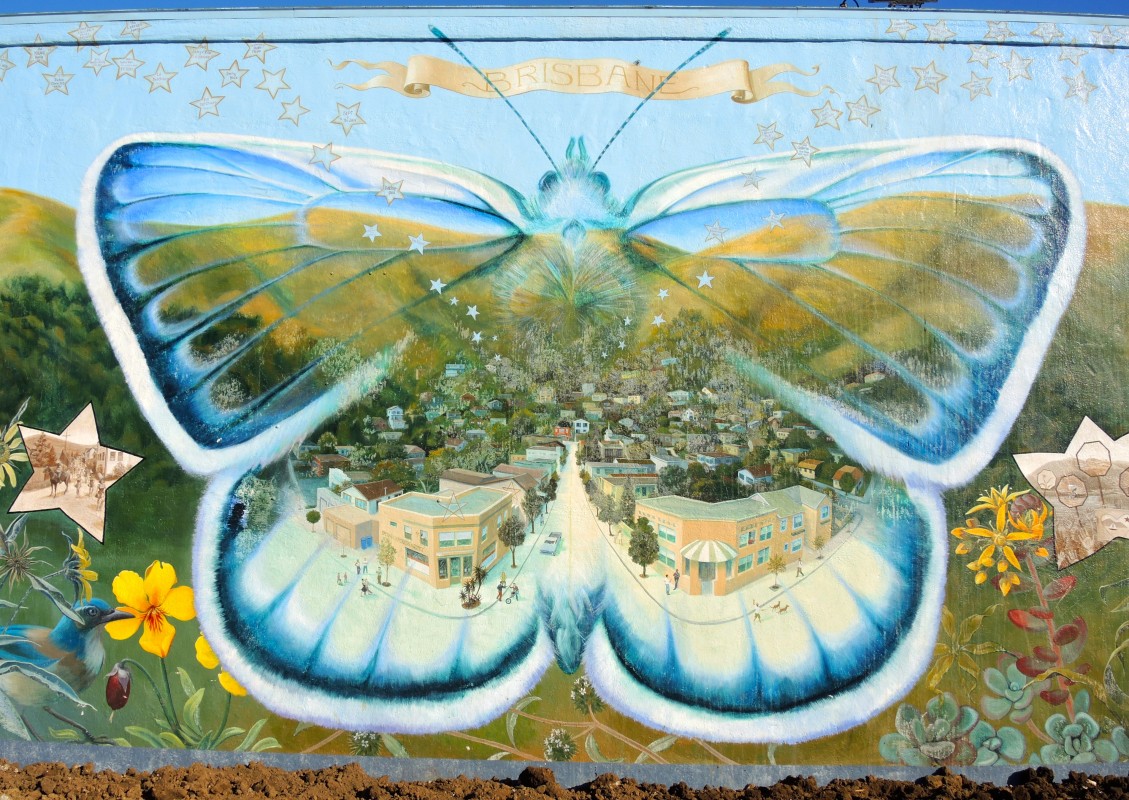 A Short Tour of Brisbane, California

A Heart in Santa Cruz